Union Ministry of Micro, Small and Medium Enterprises and All India Plastic Manufacturers Association have organized a two day Global MSME Convention in Goa. The convention is on 'Opportunities for the Indian Plastics Industry in a US$ 5 Trillion Economy' and was inaugurated by Union Minister Narayan Rane and Chief Minister Dr. Pramod Sawant.

Union Minister of Micro, Small and Medium Enterprises Narayan Rane virtually addressed the conference. Speaking on the occasion, he said that the plastic industry in the country is an integral part of the economy. He observed that currently approximately 50,000 industries are operating in the plastics sector and that most of these industries are micro, small and medium scale. He noted that these industries contribute Rs 3.5 lakh crore to the country's economy and also generate employment opportunities for more than 50,000 people. About Rs. 35 thousand crores worth of plastic is exported from India, he added. 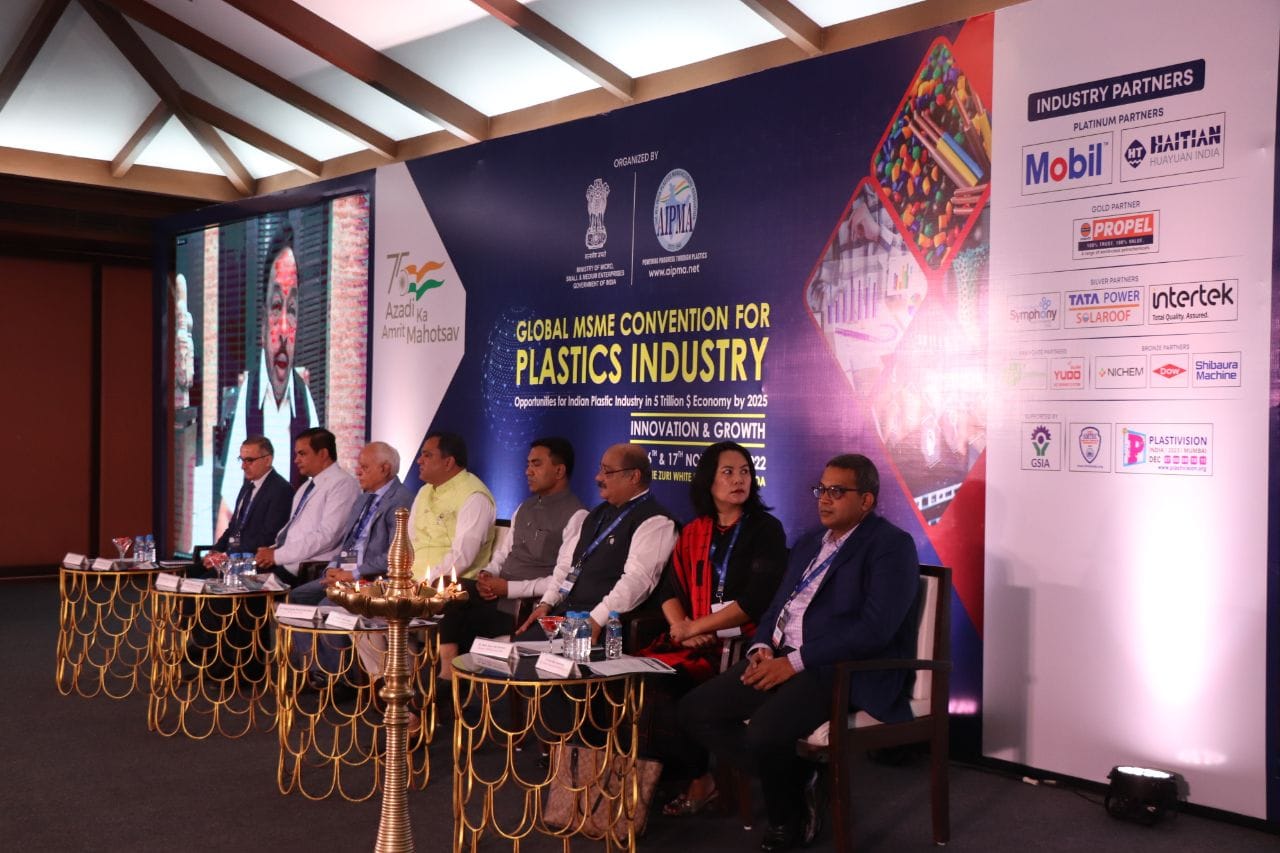 The Minister said 60 percent of plastic in the country is getting recycled, a rate higher than that of developed countries. Plastic production is increasing through the Government's 'Make in India', 'Skill India', 'Swachh Bharat’ and 'Digital India' initiatives, said Minister Narayan Rane. He stated that by 2027, the plastics industry is expected to have an annual turnover of Rs. 10 lakh crore, with exports increasing to two lakh tonnes. Employment opportunities will be created for one crore people in the next five years through this industry, added the Union Minister.

Over the course of the two-day conference, experts will deliberate on various topics such as ‘opportunities for the plastic industry through the government E-market place’, ‘Schemes of the Indian government to promote the plastic industry’ and ‘latest technology in the Indian tooling sector’. Mauvin Gudinho, Minister for Industries, Government of Goa; Mayur Shah, President of Indian Plastic Manufacturers Association; Mercy Ipao, Joint Secretary, Union Ministry of MSME, Manish Chadha, Joint Secretary, Union Ministry of Commerce were present for the inaugural session. More than 250 industries are participating in the conference, which will witness Technology showcases, B2B Meetings, Business Networking, Case studies, Best Practices and Panel Discussions.

Invest in India story, MSME sector must be promoted: Goyal to industry