Decoding the Potential, Challenges and Opportunities for India’s MSME sector

The Micro,Small and Medium Enterprises or the MSMEs Sector in India is primarily involved in the service, manufacturing, processing, production and preservation of goods. It is undoubtedly the backbone of the Indian economy as the nearly 6 crore-plus MSMEs contribute almost 30 per cent to the country’s Gross Domestic Product (GDP) and make up for almost 50 per cent of the country’s total exports.

MSMEs are classified into the 3 categories based on their annual turnover.

June 27th is commemorated across the world as International Micro, Small and Medium Enterprises (MSMEs) Day, and this concept was initiated in the year 2017. The day is dedicated to recognising the significance of these enterprises in achieving economic goals, promoting innovation and creativity, and creating employment.

In India, MSMEs are mostly located in rural and semi-urban areas, and they help in maintaining the regional economic balance and the much needed employment opportunities. Experts have also expressed that the growth of MSMEs is extremely crucial in fulfilling India’s target of becoming a $5 trillion economy by 2025. 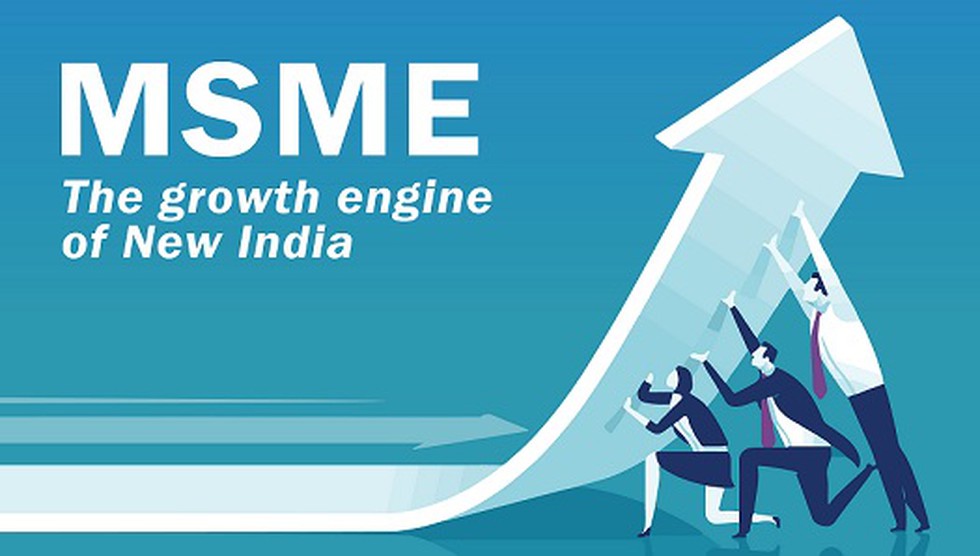 Challenges faced by the MSME sector

The primary challenge faced by the micro, small and medium enterprises is that of credit. It is reported that a large chunk (almost 60 per cent) of the MSMEs do not borrow from the formal financial sector. In addition to this, they borrow at higher interest rates from informal sources. It is due to the lack of sufficient funding that the MSMEs are not able to access the latest technology and infrastructure. The business volumes of these enterprises mostly remain low. Add to this the lack of high credit score and collaterals, which makes banks apprehensive of lending to the MSMEs. Other critical challenges include lack of skilled and semi-skilled labour, lack of innovation, low productivity, etc.

The COVID-19 pandemic too left a significant impact on the financial health of the MSMEs, especially after the first and second waves. Given that a considerable number of MSMEs are not registered, during times of an economic crisis such as the pandemic, the government is not able to reach out to them with relief packages.

An increased financial inclusion of the MSMEs will not just boost the productivity of the MSMEs but will also bolster the country’s economic growth. Keeping this in view, the government is carrying out various measures to enhance the availability of timely, adequate and low cost credit for the micro, small and medium enterprises. Schemes to support the MSMEs such as Pradhan Mantri MUDRA Yojana (PMMY), Udyog Aadhaar, MSME Samadhaan, ZED Scheme, Make in India, Stand Up India are helping these enterprises find their financial footing. Sometime back the government of India started its e-market place (GeM) to increase the share of MSMEs in government procurement. This will help reduce the cost, improve efficiency and sales.

PMMY on the other hand was launched in April 2015 for providing loans up to 10 lakh to the non-corporate, non-farm small/micro enterprises. These loans are classified as MUDRA loans under PMMY and are given by commercial banks, RRBs, small finance banks, MFIs and NBFCs. Under the PMMY scheme, there are three products namely 'Shishu', 'Kishore' and 'Tarun' signifying the stage of growth / development and funding needs of the beneficiary micro unit / entrepreneur.

Recently, MSME minister, Narayan Rane invited UAE to invest in various sectors in India, including infrastructure, food processing and energy. He also welcomed bilateral cooperation in the MSME sector to access new opportunities. In his meeting with the Minister of State for Entrepreneurship and SMEs, Ahmad Belhoul Al Falasi, Mr Rane expressed how UAE is India's third largest trading partner and India looks forward to working together to set up a system that enables the MSMEs to explore fresh opportunities and also scale the existing businesses.

How Social Commerce is Aiding the Growth of MSMEs?